Just a quick message to say happy christmas day or have a good day if you don’t celebrate it.

My christmas’s since I can remember have always been with family and friends. This time round though,  its slightly different. I’m staying home and cooking christmas dinner for my girlfriend. She usually works at this time of year so I thought I’d treat her and make sure she can celebrate christmas on the day.

I’m a bit scared, mainly of getting the timings wrong and ruining it, but she deserves so it I’ll try my best. Wish me luck.

Right, let’s celebrate christmas (or not)

Nice post from the bewildered 20-something writer. As always 🙂

The Bewildered 20-Something Writer 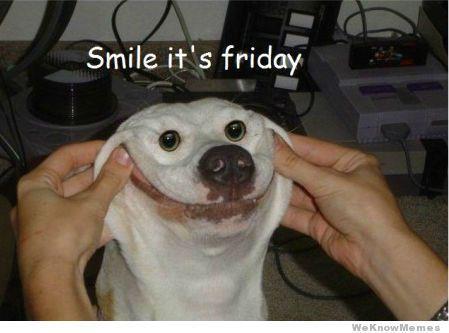 Happy Friday dear readers! I hope all of your Fridays are passing quickly as we head into the winter holidays and vacation time. My vacation is starting a bit early, with my whole family home today and dragging me out to see Catching Fire for a second time, so this post will be a bit brief because I need to go and get my Jennifer Lawrence on (yeeessss).

As you all know, I’m a big fan of bringing back awesome obsolete words and phrases, because more often than not that are infinitely cooler the things we say now. This is especially the case when it comes to slang, which’s why I was so happy when a good writing friend of mine sent me this post on Thought Catalog of 59 More Slang Phrases From The 1920s We Should Start Using Again. Yolo and twerk have got nothing on some…

Since last time I have still been keeping on with this break thing. I’ve had the last week off work which has meant I’ve had to focus even more on my writing break and not giving in to temptation. And this is how it went…

I spent Monday with my girlfriend, which was awesome and very relaxing. Having no work the next day was a refreshing change as one or both of us usually has to get up early the next morning.

Tuesday was the day I visited the famous, and largest in Europe, set of Christmas markets in Manchester. It does have a daft amount of stalls but I usually only end up buying some fudge and a huge rocky road muffin. I’ve not bought any fudge yet but I did buy a smartie chocolate muffin the size of my head which was gone in no time. I managed to buy a Christmas jumper and a present for my nephew as well. Then, in the evening, I did nothing at all. It was lovely.

Wednesday had me going to see my friend and her new baby. It was good to catch up as I’d not seen her in a long time. Afterwards I  went home and did naff all. Although this didn’t stop me from coming up with another idea for the twist in the story I told you about in my last post. It was something that had been playing on my mind since I finished writing story a few years ago. I knew I needed to make sure the twist was clearly explained and had a reason behind it. As long as I can do that, which I think I’m close to doing, I’ll be happy. Then I’ll probably discover that something doesn’t make sense and start all over again. I mentioned the story in a few posts previously and posted some rough drafts of the first chapter. Its called The Town of the Mountain. And then there was…

Thursday which saw me going to watch West Side Story at the Palace Theatre in Manchester with my girlfriend. I’ve wanted to see a big show at the theatre for years and she made that want happen by getting us tickets for a birthday present for me back in June. I wanted to see a show that was established and up to a high standard. The show was everything I hoped it would be and I enjoyed every minute of it. Thanks again Michelle.

Now on to Friday when I went to Leeds with a few friends to celebrate another friends birthday. We started drinking on the train there and polished off a fair amount of alcohol before we eventually went out in Leeds in our Christmas Jumpers. That night rolled on nicely as wearing those jumpers got us and everyone around into the Christmas spirit. The Saturday consisted of more alcohol and pizza followed by another night out. Out of the two nights, I preferred the Christmas Jumper one. The reason being I got chucked out of a bar on the Saturday night for something I didn’t do. Some bint accused me of pushing her off a chair. And managed to mistake me, a six foot, bearded man with short brown hair, with a five foot nothing bloke with long blond hair and no beard. How could this happen you may ask? Because we were both wearing black tops. She knew the manager so I got shown the exit. Even the bouncer said it wasn’t me. I could explain more but I may start to ramble and become more angry and go round trying to push more people over. So here are a few pictures instead.

This is me being proud of my Christmas jumper. Just before we went out.

This is me and a few mates. Not sure what we’re doing to be honest.

By this point we were all fairly drunk and one of us had gone missing. It turned out he’d just gone home.

This one was from Saturday night. I didn’t get many good pictures but this is us trying to do Gareth Bale’s heart celebration thing he does when he scores. Only a few of us managed to master it. Dan at the front, who’s birthday weekend it was, hand’s seem to have fallen apart when he tried it.

Well, that’s all from me. Hope you enjoyed a small slice of my life. Good luck as always with your writing and see you soon.

This self imposed writing break of mine is working out quite well. I like having not much else to do other than watch TV or play on my Xbox. It also helps having Christmas to distract me as well. I’ve pretty much bought all the presents I want to buy for my nearest and dearest and only have a few more things to buy. I’m even more organised than I was last year. Big smiles about that, I thought I’d be worse.

But, with all the thoughts about Christmas and all things in that area taking up most of my head space, those lovable writing thoughts keep floating to the surface.

I’ve been making notes as I usually do when this happens and the few notes I’ve made over the past week have been about a story I finished a few years ago and did a small amount of editing on. I was hoping to start editing the NaNoWriMo story I wrote last year but now I’m thinking of editing a the one from a few years ago. Or maybe another one. Or write a new one. As dilemma’s go, it’s not so bad really.

Ok, I’m going to get back to my break. Hope all your writing is going well and your enjoying your December so far.

A poem I liked the look of. Very good read.

After the awesomeness that was nanowrimo, I’m going to do what I did last year and take a break from writing any stories. I found that doing this and coming back to writing my stories after a month off, really revitalised me. I got straight back into it so I’m thinking, why break a successful formula?

Because it could be better, that is why.

In my month off, I’m planning on getting back into writing on this here blog and to reading more stories on the websites I’ve neglected over the past few months. I think it will be a good change of pace and although I do and always will like to write, I think my back and my mind will benefit from it. Because….

My mind can rest and take in others work and help to get it back into sharp and creative condition heading into 2014.
My back will love it as I tend to hunch over my laptop as I write and cause it to hurt.

Anyway, I’m going to get started on my grand plan but before I go for now, just one more thing,

This was my set up for when I completed nanowrimo. And I ask of it applies to you…how did you prepare for and get on with your nanowrimo?

Everybody has a story. Here's a little of mine.

Two on a Rant

Rants, humor, sarcasm, and a haiku-like substance? It's hard to know what's going to come out of our minds next.

Writers In The Storm

A Blog On Writing

The useless ramblings of a women who has too many feelings abouts movies, television shows and books.

Welcome to the Rabbit Hole for Geek Entertainment News, Clues, and Reviews!

Only We Can Change our Life, No one Else Do it For Us

Funny Blogs With A Hint Of Personal Development