I posted on this little blog of mine a snippet of my latest story, The Searcher’s Want, last Friday. If any of you fine people get a chance, I would appricate some feedback on it and would be happy to reciprocate. Thank you

As you may know I’ve been editing my NaNoWriMo 2012 novel The Searcher’s Want throughout November and into early December. I had always planned to share some of the story with you and here some of it is.

I’ve always liked writing action scenes so I’m going to share part of one with you. It has only gone through one edit so keep that in mind if you’d be so kind. The Searcher’s of my novel have been searching and killing demons across the planet for years. And after years and years of the demons having their way the searchers started to slowly take them apart. The demons have now gone from having underground palaces in freedom to having to live in sewers in fear. All this led up to a great battle between a collection of demons, mostly made up of the ripper demons that desired destruction more than any of the other three types of demon, and the searchers looking to stop them. Aaron Watch is our hero along with some searchers close to him Abraham Smith and Breaker Smart. Aaron is still only a few years into being a searcher whilst Abraham is the second oldest of all the searchers and Breaker is second in command to the Searcher General.

Any feedback is welcome as long as it is constructive. Thank You in advance.

“Searchers! Form the line.” The general shouted as the fight was getting into full swing. Each searcher had been called in after research had showed a herd of rippers was approaching Manchester. Aaron and a few others had searched the demons out and led them to an old field on the outskirts of Manchester City Centre. They had managed to stop the rippers from killing anything up to that point.

“Searchers! You have nothing!” the lead ripper growled as his herd stood behind him. They were all twitching and itching for the searchers to bring the fight to them. The general was not the type to fall into a trap easily. The searchers had now formed two lines opposite them in contrast to the randomly placed rippers. The only one of them in any kind of position was their leader.

“This line doesn’t move until I say it moves. Once I give the order, take them all out.” The general ordered. All the searchers cried out in acceptance of this and stood side by side with their great swords up before moving them back behind their shields. The searchers numbered around three hundred from all over the world to the rippers five hundred. They braced themselves and Aaron remembered what he been told some two weeks before. ‘Rippers get annoyed easily and will attack after long’ Abraham had said to him. He stood in front of Aaron on the first row of the line.

“Watch them searchers. They are quick.” The general said. Aaron had been a searcher for six years but had never seen this many rippers on mass. How the local police hadn’t noticed them was beyond him.

The ripper leader was the only one stood still. He was scanning the two lines of searchers and looked to be trying to locate a weak spot. The two lines were tight together and nothing was going to move them apart. Aaron glanced around and saw that some of the searchers around him were complete strangers. The only thing he knew about them was that they had had the same training he had. He stared forward at the rippers the length of a football pitch away.

Suddenly, one ripper broke from the herd and charged at the searcher lines. Wild and completely out of control the ripper was picking up speed and storming towards them. The ripper leader didn’t even flinch. As the ripper drew closer to them Aaron looked to the general who was calm and collected. Then in one swift movement the general launched his great sword at the ripper, piercing its brain through its jaw. The ripper’s body slid toward him and stopped at his feet with the sword handle pointing upwards. The general then calmly removed his sword, cleaned it on the clothes of the dead ripper, and returned to his stance in the line.

The ripper leader lifted his arm and the herd went quiet. He held this for a few seconds before throwing his arm forward towards the searchers. The ripper herd let out a collective raw and charged. Aaron noticed that the ripper leader did not move.

“Why does he stay?” He said. A few people looked to Abraham for the answer as they were thinking the same.

“Because he likes to see how the battle is going before he enters it. When we start winning he’ll disappear. He’s does it all the time but that coward can hide. He can hide well.” Abraham said keeping his eyes forward. “Focus searchers.” He shouted as the lines tightened slightly.

Aaron wasn’t gripped by fear but by a heightened sense of things. He was aware of his feet and arms more so than usual. He gripped his great sword and watched as the rippers came closer.

After 41 days, the first edit of my humans versus demons yarn is completed. Oh how I smiled when I read the last word. Though I have enjoyed the process, I am glad it’s over. I’m looking forward to a break from writing and I will start back up again, be it either by writing a new story or editing The Searcher’s Want again, next year.

I knew I would have to edit my story at least ten times before I could maybe possibly send it to a proof reader to go over it. I’ve outlined that I’ll have to edit for; characters, description, locations, dialogue, punctuation, grammar, and probably a whole host of other things I’ll come up with once all those edits are done. But if I can keep each edit to around 40 days, I could have it done quicker than I think. I have to say I did not think I would be able to do it such a short time. I could actually make it shorter, which I now intend to do in the New Year. A few times I did feel like editing more but didn’t want to rush it. I felt it was easier to edit at a calm pace as not to rush the thing. And a few other times I decided to go to sleep instead. Sleep is good.

Anyway, I finished the edit! Here’s a few pictures of what is going on in my head right now as I think about how I’ve finished my first full story edit. Maybe. Bye! 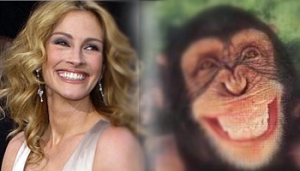 Alas November 2014 is done and dusted. Farewell to you. You are one of my favourite months. You make me become more focused on my writing than any other month could dream of. Over the past two years I’ve completed two NaNoWriMo’s and done my own editing challenge in the month of November. But though the calendar has moved on and tells me it’s December, I feel like you’re still around.

That’s because you chuffin are. Aren’t you?

I gave myself the task of editing my NaNoWriMo 2012 story The Searchers Want, a tale of demons and those who search and kill them to protect the earth they all live on, and initially I was well on course to complete the edit in one month. I was sticking to my plan. I was doing well. But now I find myself with two more chapters to edit but no more November left to edit them in. How did this happen?

Well, I know how it happened. Life and illness hindered my progress. Though I am very pleased to have edited around 70,000 words in a month. I can’t complain really. I’ll have the rest of the edit done by the end of 2014 at least. Then, I’ll start all over again in 2015 after a short break of probably a week. This plan reminded me of how good writing breaks can be. I have always felt fresh and invigorated when I start to write again after taking a complete break. One of the blogs I follow, a lovely blog by the name of http://rlsharpe.wordpress.com/, recently posted about taking a break (http://rlsharpe.wordpress.com/2014/12/03/writing-tip-wednesday-taking-writing-breaks/) and I am now ready for a break of my own. Once this edit is done, I’ll break and then get back to it. I’m hoping to start research into time travel theories for my attempt at a sci-fi story based on the same. I’m fully prepared for it to frazzle my mind. Wish me luck.

Right. Back to the edit. Bye!

For those of you who self publish. Thought this might be useful to know.

Insights from the creative journey to becoming an author

Deal with the faults of others as gently as your own.

Musings and books from a grunty overthinker

Dave Mayall's "Authors from Around the World"